Generative Adversarial networks(GAN’s) were introduced by Ian goodfellow in his white paper written in 2014(https://arxiv.org/abs/1406.2661). GAN’s are basically  based on two simple principles that are generative modelling and adversarial training.

Basically there are two types of models :-

Main objective -> It is o learn to generate data that resembles the training dataset.

Structure and Working of a GAN Model –>

The Generator Network takes an random input and tries to generate a sample of data. In the above image, we can see that generator G(z) takes a input z from p(z), where  z is a sample from probability distribution p(z). It then generates a data which is then fed into a discriminator network D(x). The task of Discriminator Network is to take input either from the real data or from the generator and try to predict whether the input is real or generated. It takes an input x from pdata(x) where pdata(x) is our real data distribution. D(x) then solves a binary classification problem using sigmoid function giving output in the range 0 to 1.

Let us define the notations we will be using to formalize our GAN,

Now the training of GAN is done (as we saw above) as a fight between generator and discriminator. This can be represented mathematically as

On the other hand, the task of generator is exactly opposite, i.e. it tries to minimize the function V so that the differentiation between real and fake data is bare minimum. This, in other words is a cat and mouse game between generator and discriminator! This method of training a GAN is taken from game theory called the minimax game.

Understanding by a classic example:- 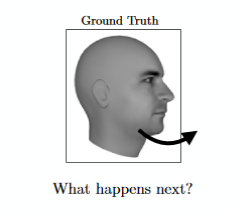